Free Nationwide Shipping on All Orders above $99 *exclusions apply

Vegan Mac and Cheese: The Ultimate Guide to Cheesy Goodness

Tasty and delicious vegan groceries just a click away!

Macaroni and cheese, aka “Mac And Cheese/Mac ‘n Cheese” is an American food staple. Its origins are firmly rooted in centuries of versions created across the pond. The popularity of mac and cheese here is due in large part to the “boxed” version created by Kraft foods. Kraft introduced boxed macaroni and cheese in 1937 – a Depression Era launch – that could feed a family of four for 19 cents. (OK, be honest. For those of you who have prepared and eaten Kraft macaroni and cheese – haven’t you eaten just the entire whole box in one sitting?) The first version sold 8 million boxes in a year. WWII only increased its appeal due to food rationing, as it was cheap, and easy to prepare. Easy to prepare is an understatement.

In the Kraft box, you get a packet that contains a powdered “cheese” along with the macaroni. After boiling the macaroni, butter and milk are added along with the powdered cheese and it’s ready for serving. Have no fear, fellow vegans! Cheap quality and food product that supports animal cruelty is a thing of the past. There is no butter, milk or cheese in sight, but there are plenty of extra gooey and delicious mac and cheese selections to choose from, whether you opt for cheesy pasta from a box or making it yourself.

First, let’s have a quick look at the history of this ultimate comfort food and then we’ll dive into the delicious vegan versions and ingredients available from NoPigNeva!

The Birth of Macaroni and Cheese

In Italian culture, the word “macaroni” is synonymous with pasta. However, macaroni is often referred to as a subcategory of pasta, specifically a style featuring a smooth tube. And to go a step further, the most common macaroni used in macaroni and cheese is the “elbow” style, that looks like, well, a little pasta elbow!

There are records of pasta and cheese sauce casseroles from Italy as far back as the 14th century. These early versions featured Parmesan cheese with pasta. Cheddar cheese was not around in Italy, but if you made your way to England, it’s another story.

The earliest known modern recipe of macaroni and cheese is from 1769. In Manchester, UK cookbook author Elizabeth Raffaid added her mac and cheese recipe to her how-to book, The Experienced English Housekeeper. It was the first version to use both cheddar cheese along with the creation of a “roux” or cheese sauce (also referred to as a type of bechamel or Mornay sauce) incorporated into the casserole, with Parmesan sprinkled on top before serving. More on the “roux” later.

There is folklore suggesting that Thomas Jefferson brought macaroni and cheese to the US via Paris, where he became enamored with noodles with cheese. Then his chef, James Hemmings was said to have created numerous cheese and pasta casseroles after learning French cooking techniques that influenced modern-day macaroni and cheese. For additional information on the storied history of macaroni and cheese, check out this great article.

Yes, yes, yes. Mac and cheese is a dairy extravaganza, but the vegan versions are just as delicious and better for you. Of course, vegan mac and cheese means no dairy. But it also means no trans fats, lower cholesterol, more protein, and less guilt – all things that make vegan options the way to go. And creating amazing vegan mac and cheese is made oh-so-simple with an assist from NoPigNeva. Choose from any number of packaged options profiled below or make your own (all in one pot or roux?) with hard to find ingredients from NoPigNeva. Either way, we’ve got you covered.

The good thing about vegan mac and cheese products that are available on the market is that the majority, if not all are made from clean, organic ingredients and plant-sourced proteins. Given this, the main reason to avoid certain brands of vegan mac and cheese is typically due to personal preference. Some people may not like a certain brand due to the way it is seasoned, or if it contains an ingredient that may be an allergen, such as pea protein, rice, soy, or nut derivatives. Be sure to read nutritional labels carefully if you have any concerns about allergens.

Now that we know a thing or two about the history of vegan mac, we are getting pretty hungry. Let’s review some of our favorite easy prep vegan mac and cheese! 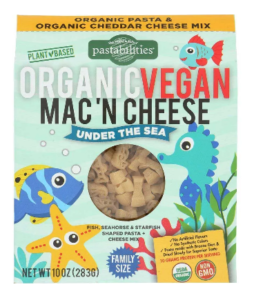 There are no artificial ingredients, everything is organic and the “cheddar cheese mix” includes plant-based pea protein. To get the creamiest mac and cheese texture, add your favorite plant-based milk (almond milk is suggested) along with vegan butter, add the “cheese” packet, heat on low and stir.  Before you know it, you will have a flavorful and satisfying healthy mac and cheese dish! 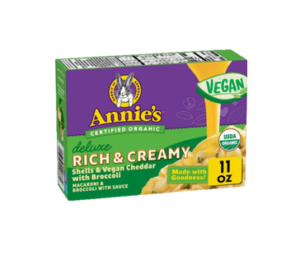 Annie’s Vegan Cheddar Broccoli Mac and Cheese combines the “roux’ idea with an easy-to-prepare mac and cheese kit. And the bonus is the inclusion of broccoli.  Do you have a ‘youngun at home who hates to eat their vegetables? They’ll never know they ate their daily dose of greens while eating this yummy, gooey mac n cheese.

Containing organic rice pasta and lots of healthy ingredients that you can pronounce, all you have to do is boil the pasta (shells), drain, and add the cheesy sauce. Tip: submerge the sauce packet into hot water for a couple of minutes before adding to the pasta. 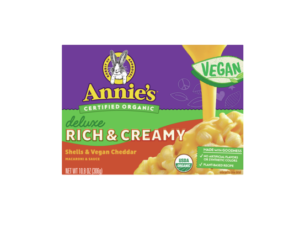 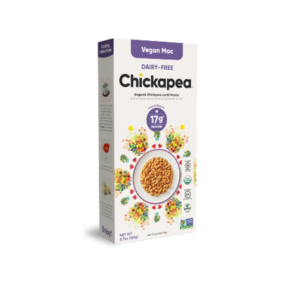 For those of you who are vegan and gluten free, Chickapea Vegan Mac is a perfect choice.. Made with a sweet potato and pumpkin based sauce that is rich and smooth, and gluten free pasta made from organic chickpeas and lentils, this vegan mac and cheese also packs a wallop with 17 grams of protein per serving.

The prep is a snap; like Pastabillities, cook the chickpea and lentil pasta, get your plant-based milk and vegan butter on board and add the seasoning packet.  Just still everything up in the pot and you’re all set! 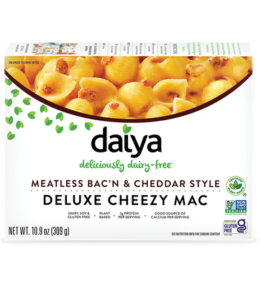 For something truly unique try Daiya Bac’n & Cheddar Style Deluxe Cheezy Mac. Also gluten free, and made from a combination of vegan ingredients, Daiya manages to fool the tastebuds big time. Rice pasta shells and a blend of plant proteins and spices create both a luxurious sauce with an infusion of smoky “bacon.”

This sauce is indeed roux-like, and as with Annie’s, is poured over the hot cooked pasta. Please be aware that the sodium level in Daiya is a bit higher than the other brands (640 mg. per serving) but you’re not going to eat mac and cheese every day, so go for it!

Why Not Make It Yourself?

Do you have an idea or image in your head for the ultimate vegan recipe? Why not use your creative juices and make your own vegan mac and cheese? NoPigNeva carries many of the ingredients you need to cook your perfect masterpiece.

Macaroni and cheese recipes can be broken down into two categories; baked in the oven with a “roux” or the all in one pot version. The baked versions tend to use the “roux” or cheese sauce that is previously mentioned along with a bread crumb crust. The process usually starts with preparing the pasta in one pot while making the roux in another. Some of the roux is then added to a casserole dish, the pasta goes next, and the remaining roux goes on top. Next comes additional shredded cheese followed by breadcrumbs or cornflake crumbs. Finally, the casserole is baked until the top is bubbly and golden brown. Hungry yet?

The made in one pot version is just that; the pasta is prepared in a pot, drained, and returned to the same pot with a generous amount of vegan butter. On a low heat, shredded cheese is stirred in until melted, followed by vegan cream or milk, seasonings to taste, and then served.

Here are two of our favorite recipes for vegan mac and cheese, one using a roux that is baked and the other, an all in one pot version. Both leave room for add-ins like roasted vegetables, different spices, and plant-based meats. And feel free to make them gluten free just by using GF free pasta. Making a vegan cheese sauce from alternative ingredients like cashews is also an option.

Let’s start with a classic baked vegan mac and cheese with a “roux.” While there are more steps involved and it will take you a little longer to put this one together, you will be rewarded for your efforts. This recipe is based on the popular Alton Brown Baked Macaroni and Cheese recipe from foodnetwork.com. With a few modifications, you can create a delicious and creamy vegan version. Where available, we have included our favorite Nopigneva products!

For the roux and macaroni 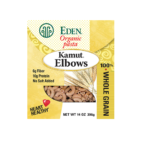 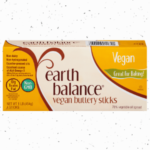 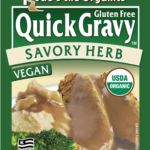 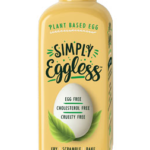 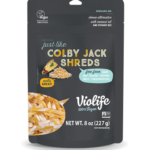 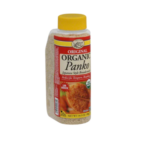 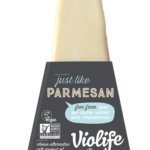 Preheat your oven to 350 degrees Fahrenheit.

In a large pot, cook the pasta to your desired tenderness. We recommend al dente or slightly softer, as the pasta will also cook during the baking process.

In another large pot on a low flame, melt the vegan butter. Once completely melted slowly whisk in the vegan gravy and mustard until it is completely incorporated with no lumps. Switch to a wooden spoon and add the onion and plant-based milk and keep stirring until the onion softens. Lastly, add the paprika and bay leaf and simmer for ten minutes, stirring every so often. Remove the bay leaf.

While you stir, slowly drizzle in the vegan egg – don’t stop stirring!

Stir in 1 cup plus ¼ cup of the vegan cheese stirring until melted.  Add salt and pepper to taste.

Slowly add the cooked and drained macaroni and incorporate well. Pour the entire contents from the pot into a 2-quart casserole dish.  Sprinkle the remaining ¼ cup of vegan shreds.

For the topping, melt the vegan butter in a saute pan. Once melted add the vegan panko crumbs making sure they get saturated. Sprinkle the butter/crumb mixture and the grated Parmesan on top of the macaroni casserole.

Bake for 20 minutes and check for browning every 5 minutes after that, with a total cooking time of 30 minutes. The crumbs should be golden brown and the top layer of cheese melted. Enjoy!

All In One Pot Vegan Macaroni and Cheese

This is a crazy-simple recipe, but it yields a truly silky-delicious result. The secret to this is to boil down your macaroni in plant-based milk to get the smoothest texture. 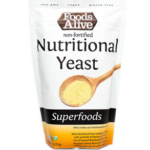 Add the plant-based milk, 1 cup of water and 2 Tbs of vegan butter to a 5-quart pot. Heat over medium flame until the butter is completely melted and stir. Add the pasta and bring to a boil. Once boiling, reduce to medium heat, stirring regularly. Continue doing this until most of the liquid has been absorbed. This could take up to 15 minutes. Alternatively, if you find that more liquid is needed, you can add up to one additional cup of water.

All in one pot version: Gluten-free vegan macaroni and cheese

Think about adding different spices or textures to switch things up. Maybe some toasted sunflower seeds to add a nice crunch to the cheesy landscape. Add to that cheesiness with Cheddar Craving Cheezy Blend Seasoning. Or how about some red pepper flakes for a little extra zing? Wondering more about the world of vegan cheese? Check out our other blog post dedicated just to

A New Twist on an American Favorite

Vegan macaroni and cheese is a hyper delicious and nutritious version of an American favorite. Hold the fat and cholesterol and instead add protein and plant-based goodness! NoPigNeva features a wide assortment of excellent packaged, easy-to-cook versions along with lots of ingredients to whip up your own recipe. Whether baked or prepared on a stovetop, NoPigNeva has everything you need to enjoy the best of the best in comfort foods, Vegan Mac ‘n Cheese!